I began this series of posts yesterday by telling y’all about the best bloggers I know. Today we’re going to talk about the best books I read in 2014. Although not over yet, it’ll be my worst reading year since high school. I’ve only made it through seven books. Seven. Oh well. But there were some standouts among those seven that I do want to talk about. Remember these are NOT books released in 2014 but books I read in 2014.

#1 The Diary of a Young Girl – Anne Frank 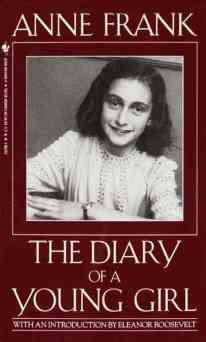 I read this book as part of my journey to read every book on Amazon’s 100 Books to Read in a Lifetime. I thoroughly enjoyed this book. This isn’t really a book. It’s her diary, as you well know. And maybe that’s why it really hit me like it did. She takes you through every emotion imaginable and she does so in such an eloquent manner that you can’t help but be impressed by her grasp of the written word. She’s able to take you back to one of the worst periods the world has ever known, and she does it while in hiding. It’s a remarkable work that everyone should read.

I currently have this book ranked #1 on my list of the best books I’ve ever read. There’s no doubt that it will stay there for some time. Here’s the post I wrote the day after finishing it. 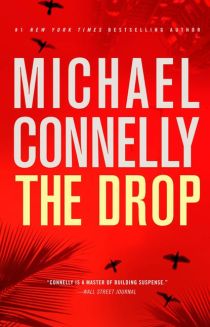 Michael Connelly is right near the top of my favorite authors and I’ve never once been disappointed by one of his Bosch novels. The Drop is no exception. Bosch is working two cases at once. One is the death of a city councilman’s son and the other is a cold case. That’s all I’ll say. It’s vintage Bosch and I already have the next book in the series on my shelf.

I currently have this book ranked #13 on my list of the best books I’ve ever read. One spot ahead of the third and final book on the list.

#3 The Fault in Our Stars – John Green 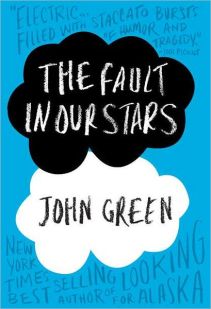 I don’t need to tell you anything about this book because you’ve probably already read it and made up your own mind about the story itself. This was the first time I’d read any YA title since Mockingjay in 2012. I really enjoyed this book. Yeah I thought Gus was too perfect and I thought the way he talked to Hazel was a little too much for a couple of teens, but those are pretty minor things. I loved them both as characters and John Green got millions of people to read about a tricky subject.

I currently have this book ranked #14 on my list of the best books I’ve ever read. Here’s the post I wrote about it earlier this year.

So that’s it! Those are the three best books I read this year! Harry Potter and the Sorcerer’s Stone just missed being included in the list. I won’t ask if you’ve read these titles because you’ve almost certainly read at least two of them, but I would like to know what your top reads of the year were. Tell me now.