I decided to go back to Fort Worth for a second day since I’d only spent a short time there the first time.

I began by going to the Amon Carter Museum of American Art. Two minor, but real issues. The second floor is not currently open for viewing. And they have a photography collection of amazing photos, but only a few are actually on display. I know I’m not very good at photography, but seeing really great photos in person strikes me just the same as seeing any other great piece of art. 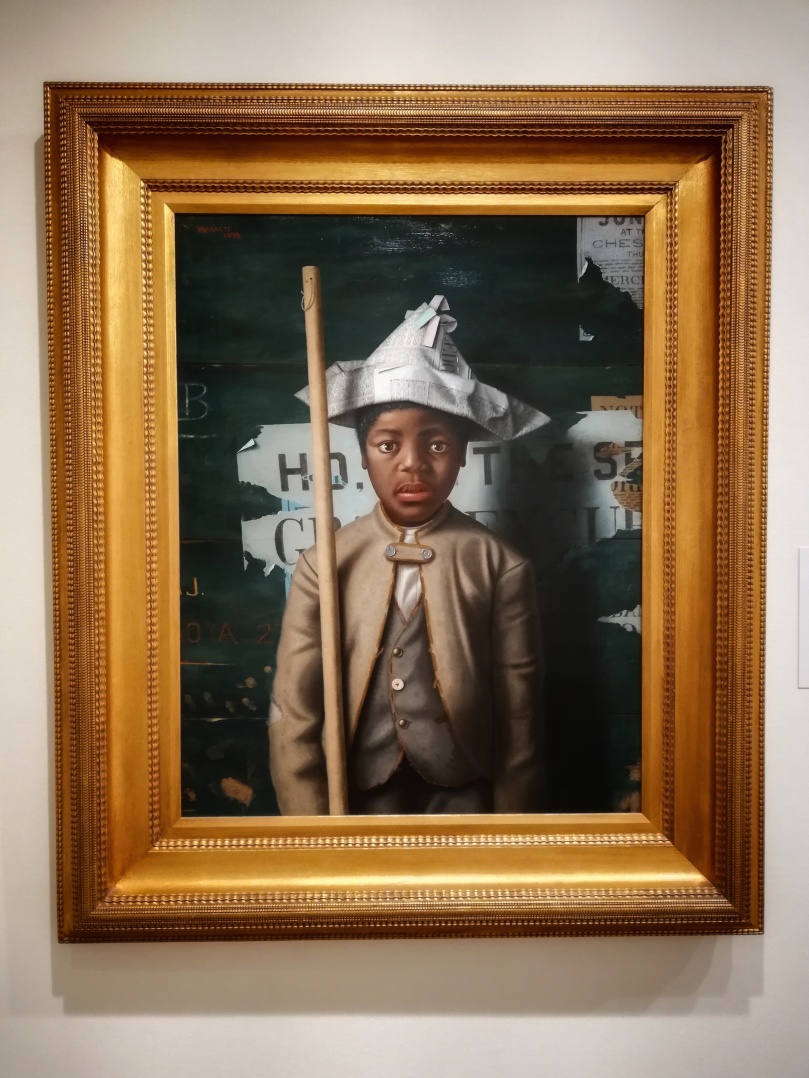 This was probably my favorite piece in the museum. Because even though it was done over a hundred years ago, the message I took away from it is something we know is still prevalent today. But I’ll let you decide what you think of it.

Immediately after leaving the Amon Carter I went to the Modern Art Museum of Fort Worth. This absolute beauty awaits you just as you walk into the galleries. It was done by an artist who continuously uses books as subjects in his art.

I said in one of the previous posts that I wanted more modern art. This museum was great for it. All works were done after WWII. Many of them by American artists.

I feel like I’m starting to have something of an artsy eye. I saw this and thought to myself “that looks like a Picasso”, and it is!

What I enjoy about modern art is that it isn’t only one medium. It isn’t only paintings or sculptures or photos, it’s whatever we can come up with.

Like this. From the picture it likely looks like any other oil on canvas painting. But it isn’t. It’s actually a photo. But it also isn’t just any photo. It’s the backyard of one of the Tsarnaev brothers at his Cambridge, MA home. Still more. This was created using a widely circulated photo of his wife leaving the home after the Boston Marathon bombings. The artist removed her from the photo and built a replica himself just for this picture. How incredible is that?

I finished the day at the Fort Worth Museum of Science and History. Something that isn’t clear online (at least for me) is it is 100% for kids. The entire first floor has no real galleries, only interactive exhibits for kids. The second floor includes the Cattle Raisers Museum, which had some cool stuff, but I wasn’t there for that.

I still made my way through it, but in total I spent maybe 45 minutes there before leaving. It was my first three museum day, and ultimately the last day of my trip. I have more to do, but I’m going home. This has been a great weeklong getaway. Now I still have this weekend to prepare for normalcy on Monday.