Probably not what it means to you. July 4 has a simple meaning in my book. It marks the day our founding fathers aimed to create a more perfect union by branching away from the crown. It symbolizes the day we, as Americans sought to be better. Our founders were highly imperfect people, just like we are. Their vision for this country greatly differs from mine, but I won’t sit here and simply criticize for the sake of doing so. Women belonged in the home. Slavery was the norm. Very few men could actually vote. All counter to what I believe, but over just a couple of short centuries we’ve pushed forward through long odds. Why? Because those founders gave us the framework to do so.

We’re still aiming to be a more perfect union, though it may not always seem so. Our leaders are more black and brown and female than ever before. Our society grows more inclusive with each passing day. Sure, there are lots of issues that should have been settled long ago. But things rarely happen as we think they should.

Happy birthday, America! I know you’ll be even better next year.

Saturday Selects is a series of posts I write on the ocassional Saturday to discuss topics outside the general bookish theme of the blog. Today the topic is healthcare.

The House passed their healthcare bill to repeal and replace the Patient Protection and Affordable Care Act this week. Here’s some of what will change. Americans with preexisting conditions may not be able to afford coverage. Why not? Because the bill takes us back to the days in which insurers could discriminate against these people by charging them outrageous premiums. The bill allocates $8 billion dollars for these people in high risk pools. Every estimate by conservative, liberal, and non partisan groups agrees this number will fall short of what’s needed to keep these people covered. As in tens of billions of dollars short. Medicaid expansion will end. The individual mandate is gone. Essential services will no longer be included in every policy available. More people will die.

Except there’s one thing many don’t understand. Nothing is set in stone. The bill has been sent to the Senate where it will undergo change after change due to how it’s currently written. I believe that if Mitch McConnell were to call a vote on the bill as written with no changes that it would fail. The problem (again) is that the parties aren’t working together on this. I’ll admit I wasn’t happy with how the Affordable Care Act was originally passed, but there’s no denying the real positives that have come from it. And also the shortfalls.

The American Healthcare Act just passed by the House is not the law of the land. And regardless of political affiliation, I hope you’ll join me in making sure it never reaches the president’s desk. Call your senators! 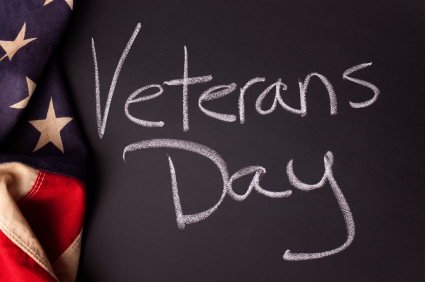 I know Veterans Day isn’t until Tuesday, buy everyday should be Veterans Day. So I’m sharing this today.