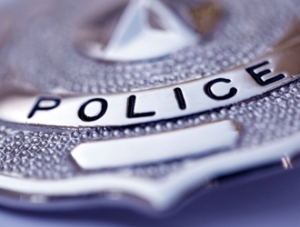 Okay guys, Saturday Selects is a series of posts I write on the first Saturday of each month in which I write about something completely unrelated to books and writing and all that fun stuff. I’ve written about blogging, Derek Jeter’s final season, Jennifer Lawrence, guys, tattoos, country music, and now today you get to read a little bit about law enforcement.

Before I begin, if you read my blog at all, then you may or may have not read my post from earlier in the week in which I discussed how I came to the decision to work in the criminal justice system. It’s not funny or meant to be entertaining, but it’s definitely one of the better posts I’ve written. Maybe you want to read it? Click here if you do. I’m mentioning this because the first job that comes to mind when anyone thinks criminal justice will be a police officer.

How do you perceive law enforcement? That’s what this post is about, and I really want you to take a second to consider your response. Hey, I know plenty of people who claim to hate the police because their uncle or whomever is in prison for something they “didn’t” do. I also know people who trust the police absolutely. I’m not going to tell you that you should be on one side or the other. I’m just going to share with you what I think of the perception of law enforcement.

We live in an age in which any police activity operating within the public eye will almost certainly be recorded or watched by some onlooker. Think about the fact that you can’t scroll down your Facebook News Feed without seeing some video about a police officer who abused his or her power or used excessive force. You can’t. These videos are everywhere.

There was a huge case that happened in Houston within the last decade in which several officers were recorded beating a suspect who is already on the ground after a short chase. It’s a scene that you don’t want to watch because you know exactly what happens. But let me tell you about a different side of the story that you may or may not hear enough about.

We all know about the school shootings that seem to happen on a regular basis here in the US. School districts across the country are rapidly trying to react to this horrible phenomenon. One of the things that they’re doing more of is hiring school resource officers. These are NOT security guards. They are almost always off-duty police officers or deputies who stay inside the school for the duration of the school day. Well recently a teen took a gun to school and stationed himself in the library. This particular school had hired a school resource officer who was an off-duty deputy. You can imagine the chaos of a school during an active shooter situation. Kids are trying to get outside, teachers are doing much the same, but not the school resource officer. He wasn’t leaving the school. He wasn’t thinking about his own safety. He wasn’t reacting how you or I or just about any sane person would during a situation like that. He was running in a full sprint toward the library. And guess what? The shooter knew he was on the way. The shooter committed suicide before he could be apprehended.

I have one more story for you. Earlier this year a police officer working for a small department just a few miles from where I live made a routine traffic stop either late at night or during the early morning hours. The car pulled over and before the officer reached the door, she was fired upon from inside the car and the car sped off. She immediately gets back in her car and pursues. A high speed chase ensues and the car ultimately comes to a stop in the middle of the road at a 90 degree angle. As the officer moves toward the car shots ring out again and the officer is struck in the face. She doesn’t stop to even check on herself until the suspects are in custody.

Do you see what I’m trying to tell you? There is no such thing as a “regular day on the job” for law enforcement. There are no days off. Sure much of the attention that law enforcement gets is when someone abuses their power, but there are hundreds of stories like the ones I’ve just told you about happening every single day across the country. And you don’t even hear about them. So don’t sit there and say “all police officers are pigs” or “I hate the police” or “the police just want to kill you” unless you’re prepared to handle an emergency situation by yourself. It takes a certain person to pursue a career in law enforcement. Anyone can go to school to be an accountant or a businessman or a journalist, but not all of us are made out to be in law enforcement. There is no denying that fact. And although I’m not absolutely certain that I’ll be in law enforcement, I’ve become extremely excited just thinking about the possibility.

So let me ask again, how do you perceive law enforcement?